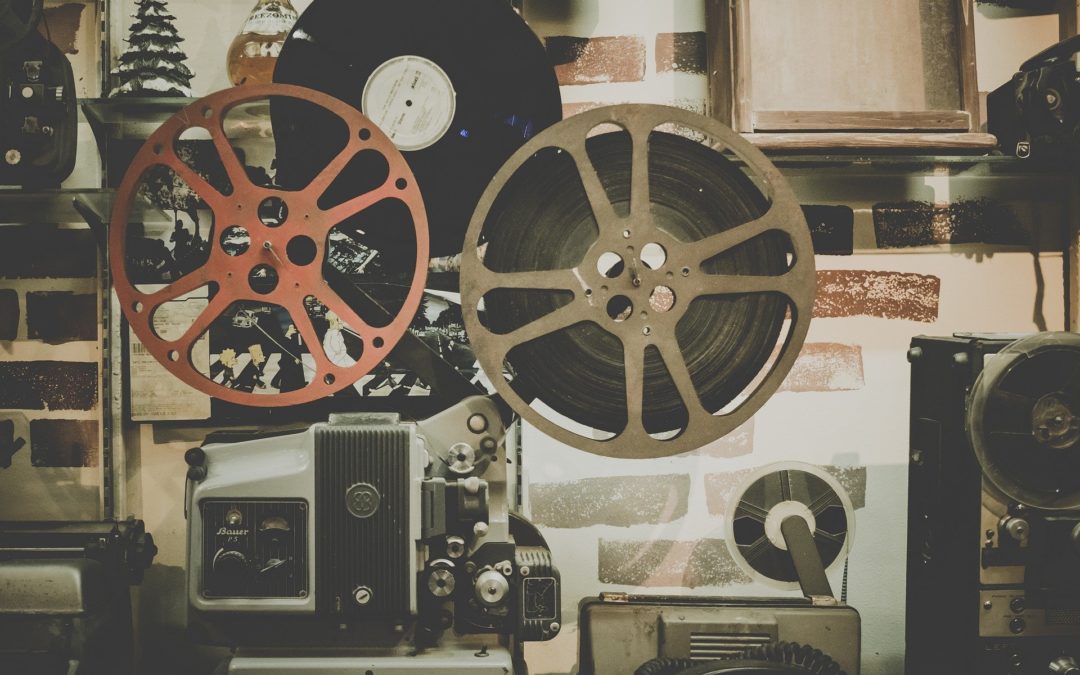 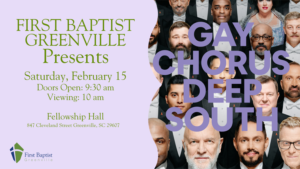 In an interview with a television journalist, Meryl Streep once said, “I have a theory that movies operate on the level of dreams…” At the very least, movies draw us into the world of cinematic imagination and into the depths of our own imaginations. Watching a well-produced movie almost feels like dreaming a dream. (How many of us have walked out of a mid-afternoon matinee, had the sunlight hit our face, break into a yawn and feel that we’ve just awakened?) Movies operate on the level of dreams, and good movies—the best movies—help us to dream. They help us imagine a better world.

During the month of February, First Baptist is going to help the church and world dream through the medium of film. If you are a movie buff, this is one month you will love in the life of our church! On Saturday, February 15, at 10:00am, the documentary Gay Chorus Deep South will be shown in our Fellowship Hall. The film, coffee, water and popcorn are free, but donations will be received to benefit the Greenville Gay Men’s Chorus. This film highlights First Baptist Greenville and her relationship with the San Francisco Gay Men’s Chorus. If you’ve seen it, come see it again. If you haven’t seen it, bring tissues.

Finally, again in our Fellowship Hall, on Saturday, February 29, at 10:00am is a free showing of the award-winning film Love Is a Verb. Released in 2014, this short documentary follows the work of Fetullah Gulen, a Turkish Muslim preacher whose personal spirituality inspired him to serve the world even while being fiercely criticized in his own country. Time Magazine named him one of the most influential men in the world in 2013. His story is still powerful today.

I hope you’ll take the opportunity to enjoy these films during the month of February. Each of them will help you dream of and work toward a better world…and maybe even a better self.